Welcome to October’s Control community update. Since launch, there’s been a lot going on behind the scenes and we’re thrilled that one of the most highly requested community requests is launching today. That’s right, Photo Mode is here! And who better to talk through it all than Remedy Entertainment’s very own Community Manager.

Vida, over to you…

Hi everyone, it’s Vida, the Community Manager at Remedy Entertainment. We have a really cool announcement for you today!

We have been busy working on a Photo Mode for Control, and it goes live today on all platforms. As long as you have the game updated to the latest version (1.04 on PlayStation, 1.04.00 on the Epic Games Store, and 1.0.0.6 on Xbox), when you go into the Options menu, you will be able to launch the Photo Mode. 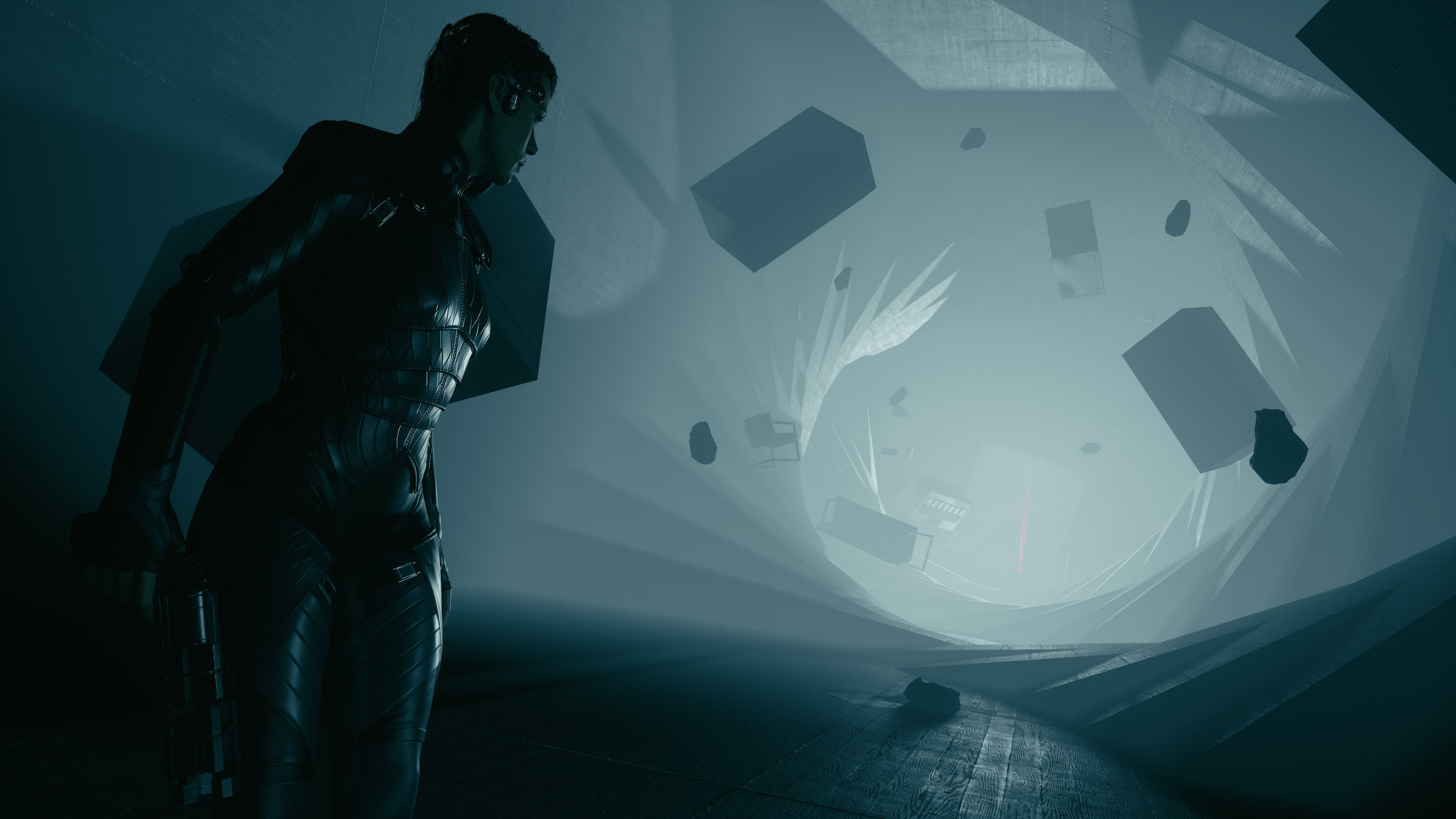 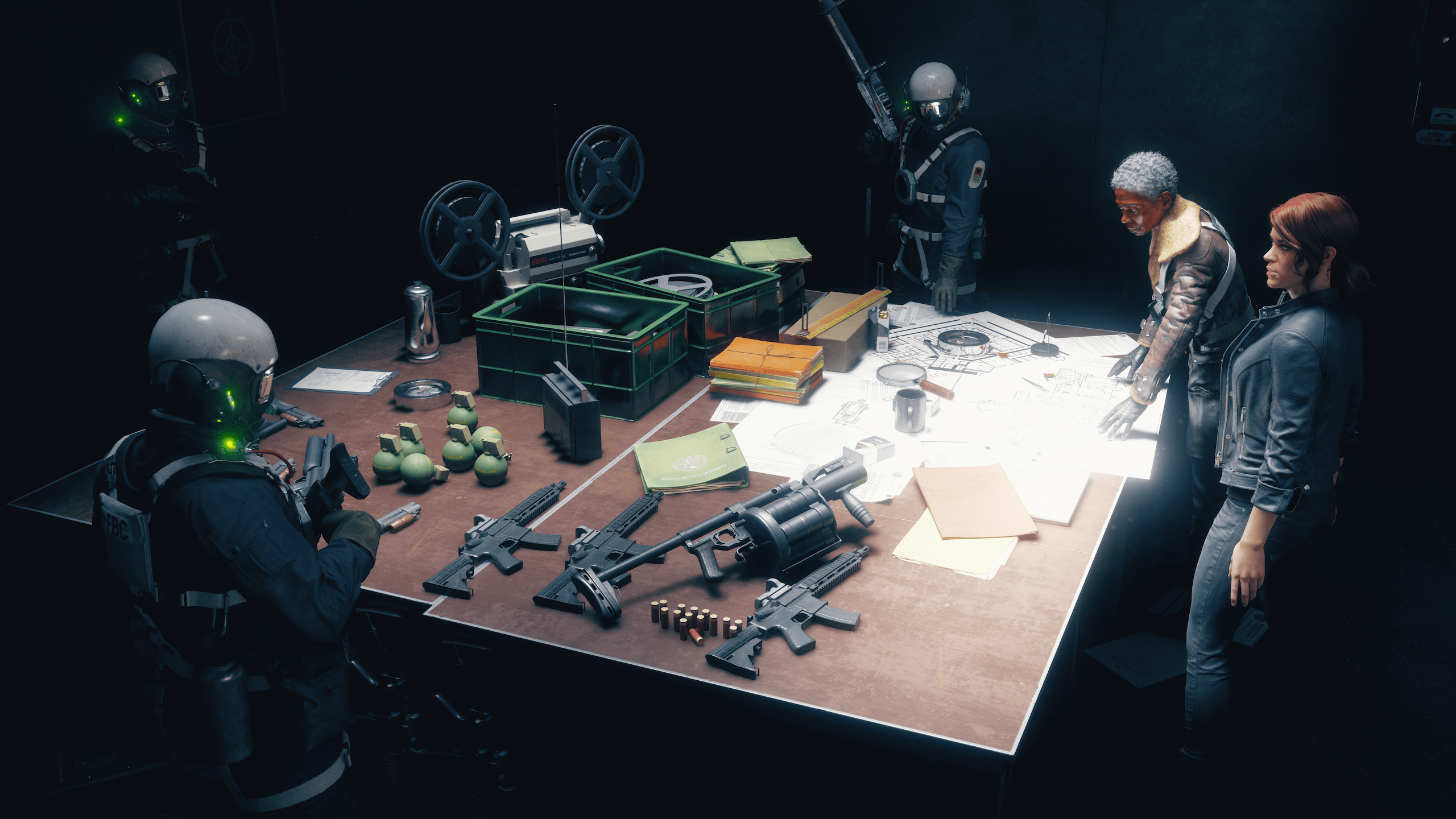 We have a lot of respect for the virtual photography community, and that’s why for the launch of the Photo Mode we’ve teamed up with Duncan Harris of Dead End Thrills. Duncan has created some amazing shots of Control using the Photo Mode in his unique style. We hope it showcases some of the stuff you can do with the mode.

The Photo Mode is something we’ve spoken a lot about creating at the studio. Control is a very striking game visually, and you – the community – have already proven how much you appreciate the aesthetics we’ve created by creating countless screenshots with the use of various community-made tools. I want to give a special shoutout to virtual photographers like Shinobi, Erika Tschinkel, poisonivyys, Majid Alammari, Nuno Gomes, and many, many more for the awesome shots they’ve already created without the aid of a photo mode. We can’t wait to see what you make with the tools we’re giving you. 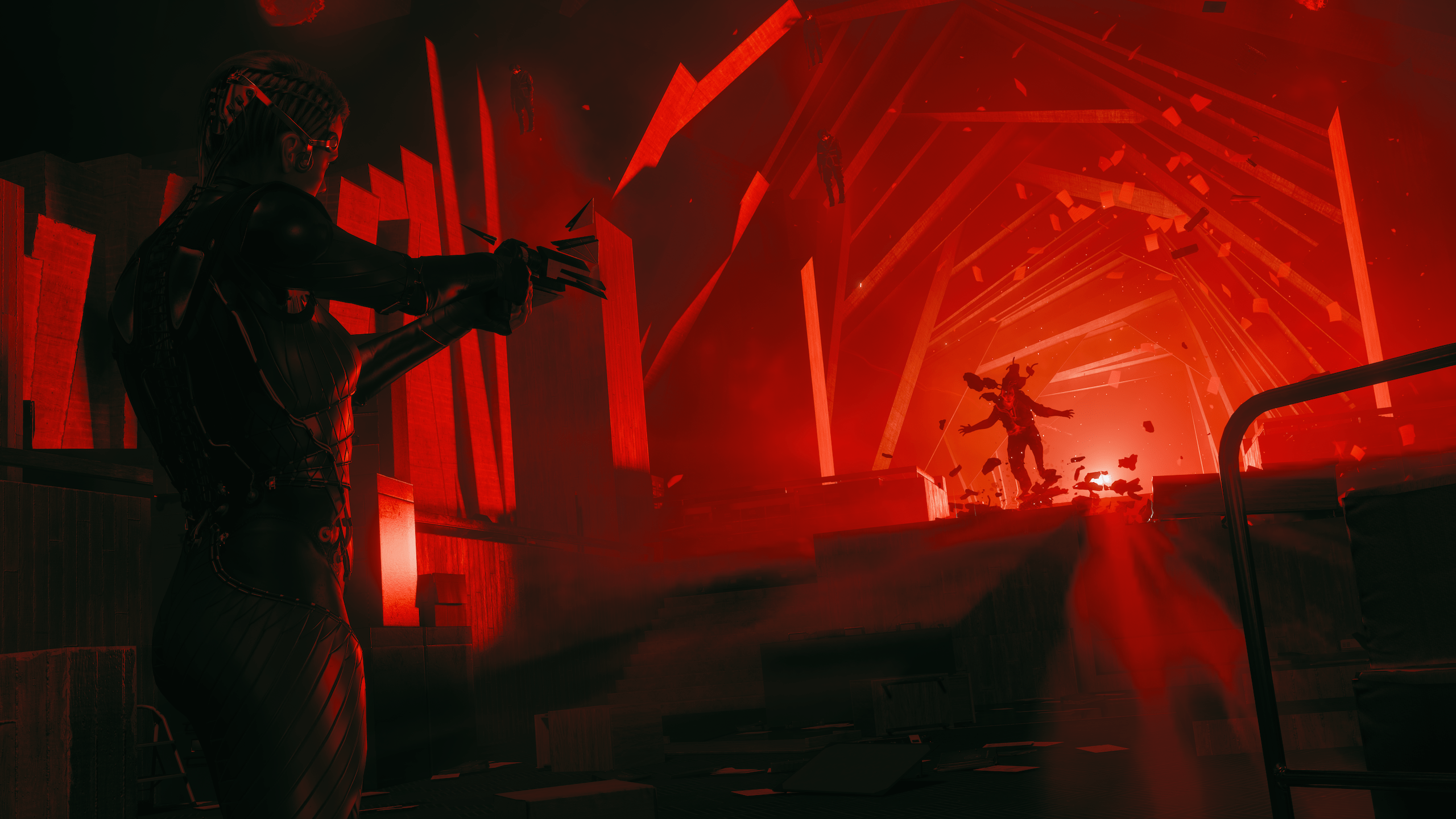 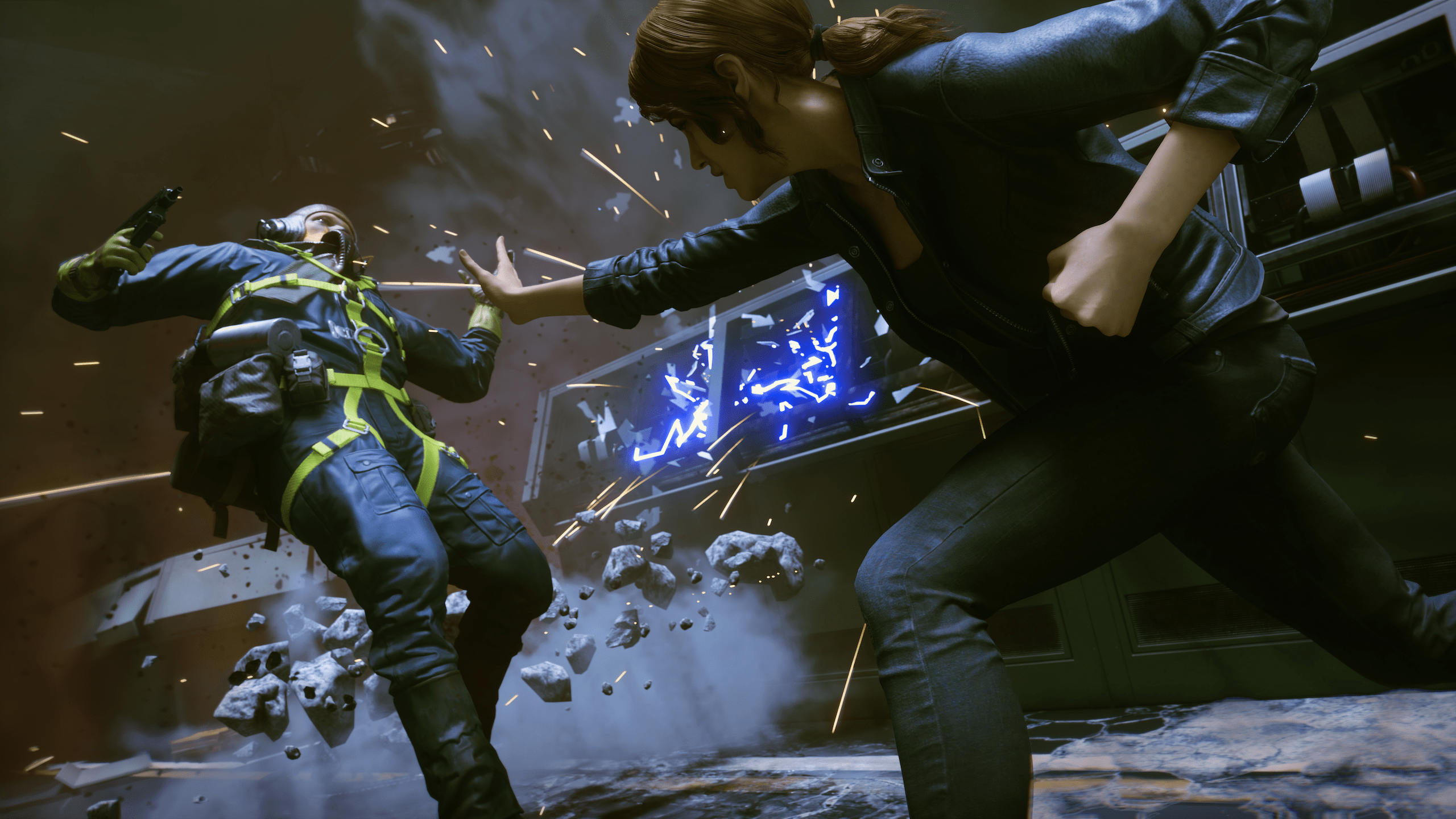 There’s several things you can control (sorry) in the Photo Mode, like rolling the camera, changing the field of view and focus distance, and adjusting the aperture and determining the depth of field. We had virtual photography in mind when creating the Photo Mode, so a lot of (although not all of) the options contained here behave the way they would in a DSLR camera. We hope you will use them to their maximum to unleash your creativity.

We’ve also given you the option to hide Jesse and all other characters, if you want to focus on just the architecture of the Oldest House and its physics-defying spaces. We have included ten different filters you can experiment with – all of them were designed with the spirit of Control and the aesthetics of the Bureau, the Hiss and the Oldest House in mind.

Share the shots you create with us on social media using the #ControlRemedy hashtag! Look forward to photo mode competitions in the future, too. Don’t forget you can reach us on Discord, Reddit and Twitter. 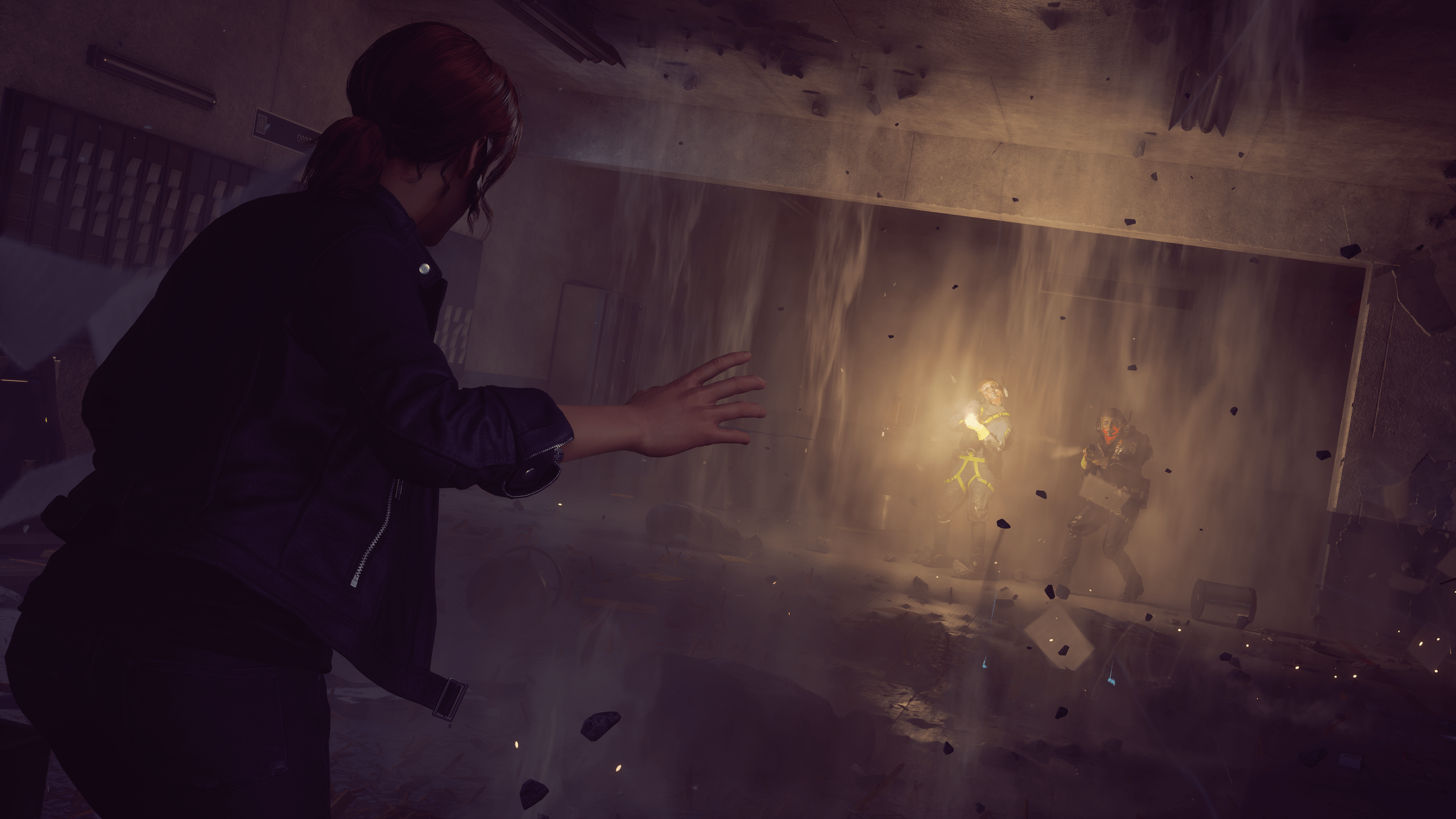 Before I forget… Remember the Control roadmap we revealed in a blog post recently?

At the end of the year, I’m happy to say that the Expeditions game mode will be rolling out to all players, on all platforms, for free! This is a challenging new game mode in which you need to complete different objectives within a time limit for powerful rewards. We’ll talk more about Expeditions in the future.

Besides the Photo Mode, this update has a few fixes as well.

Progression
– Fixed issue in Side Mission 5 when Remus did not spawn in NSC Energy Converters. (We found him.)
– Fixed issue when Board Countermeasure: Kill enemies tracked kills incorrectly
– Fixed multiple issues when Jesse could get stuck in the geometry
– The game will no longer crash during the combat sequence in the Prime Candidate Program area

We are still working on getting rid of some hard-to-squish bugs that you’ve reported. Expect those fixes to be rolling out in the next update.