Expeditions – A new game mode for Control, available as a free update today

Hi everyone! Antonela here from 505 Games. Today is a super exciting day, as Control’s latest update launches across all platforms. (Bit of a surprise, right?) Our friends over at Remedy have been hard at work on Expeditions, Control’s all-new challenging end game mode. To explain what Expeditions is and how you can access it, I’m handing this one over to Vida, Remedy’s brilliant Community Manager…

EXPEDITIONS – A NEW GAME MODE FOR CONTROL, AVAILABLE AS A FREE UPDATE TODAY

When we announced Control’s roadmap this September, we mentioned Expeditions, a new game mode we were releasing in December.
Today, Expeditions is here! It’s free for all owners of Control on all platforms. Make sure you have downloaded the latest update aka “December Update” which contains the Expeditions. (1.06 on PlayStation, 1.06 on the Epic Games Store, and 1.0.0.8 on Xbox)

Expeditions are a challenging combat experience with a set time limit for completion aimed at those who have already completed Control.
Starting from today, you can use the mysterious Jukebox locked away in a room in Central Executive to access Expeditions. By getting Jukebox Tokens, you will be able to hear the song that has the power to transport Jesse into a different dimension.
Expeditions take place in a Threshold area somehow connected to the Black Rock Quarry, where the Bureau has found a mysterious structure called the Formation. Marshall frequently sent her Rangers to explore and investigate this mysterious, largely uncharted dimension. This place has an unusual draw, to the point that it even pulls pieces of the Oldest House into itself. It has also drawn the Hiss, and it’s Jesse’s job to stop them from going deeper.

The mode will be available for you to play after you’ve completed the main mission My Brother’s Keeper. 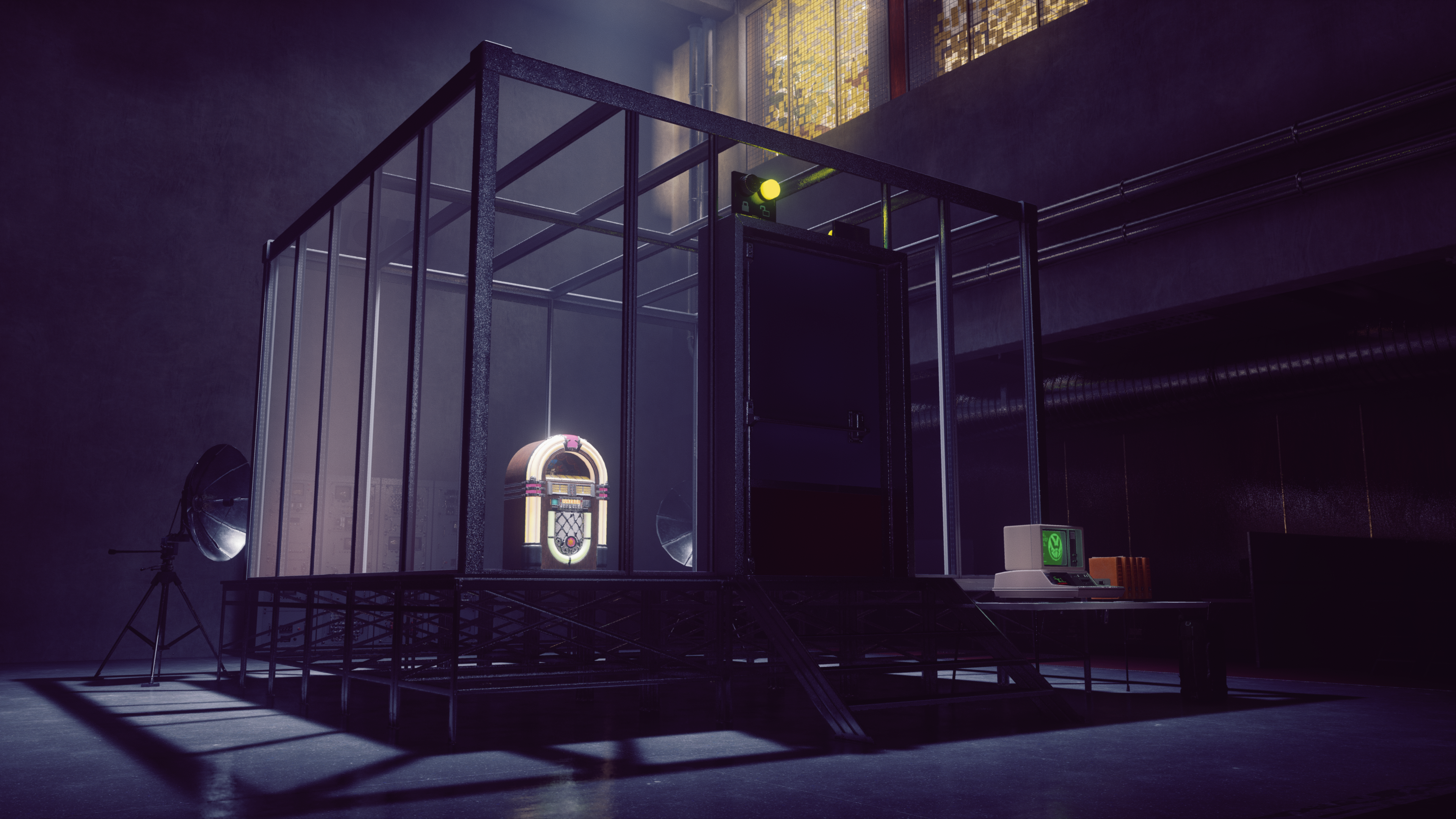 Look around Central Executive – there will be a Jukebox Token to pick up, and then you will need to go talk to Arish to proceed with the side mission that will take Jesse to the Formation for the first time. After you’re done, you can play Expeditions whenever you want, providing you have a Token for the Jukebox.

You can get new Jukebox Tokens by completing Bureau Alerts, Board Countermeasures, and by defeating named enemies. Jukebox Tokens are also craftable at Control Points. Every time you complete an Expedition, you will also get one or more Tokens as a reward, depending on the difficulty tier. 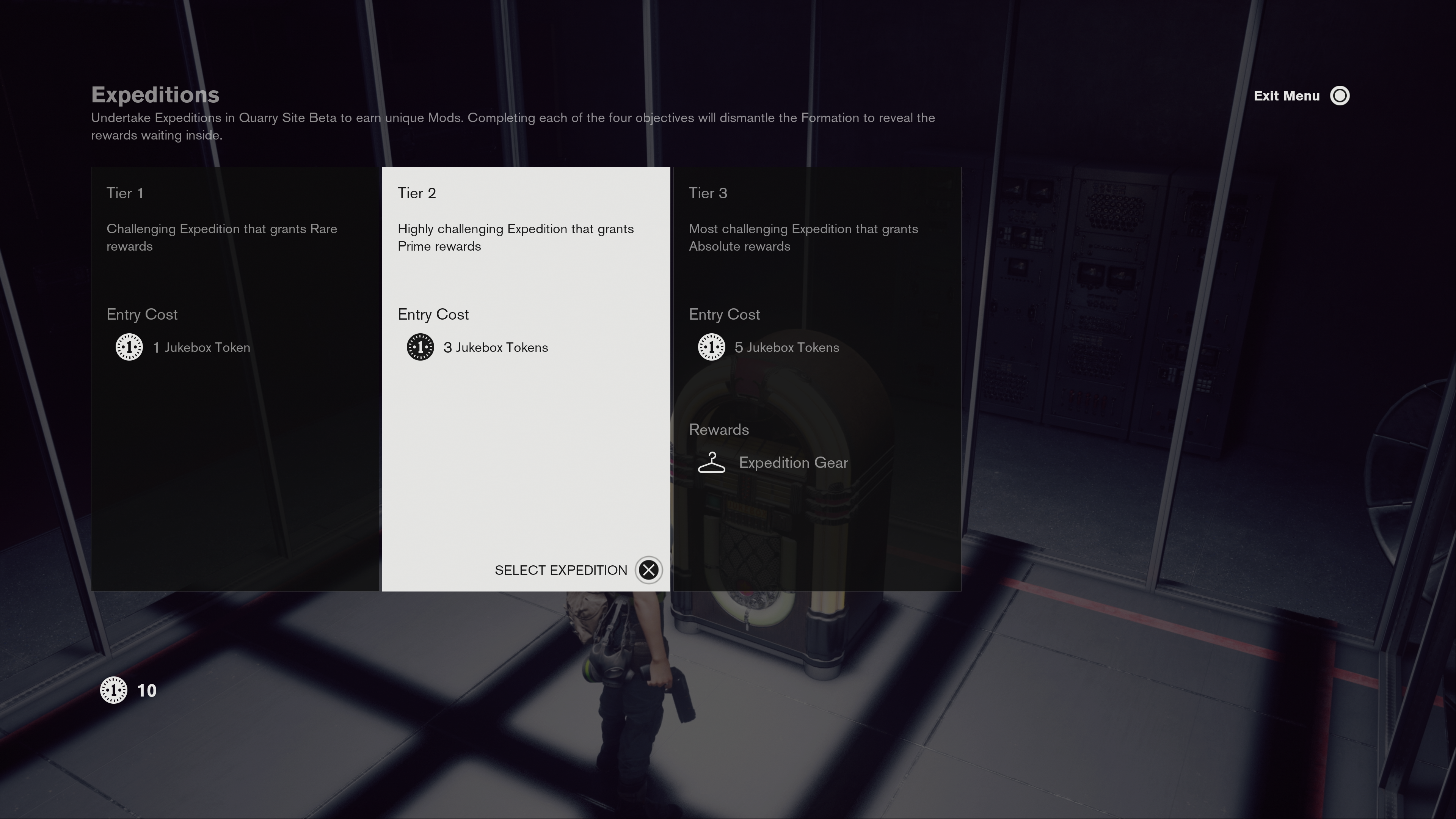 Expeditions have three tiers of difficulty. They unlock sequentially, so if you’ve successfully completed the first tier, the second will unlock after it. But it’s not going to be easy! We’ve designed this to be the most challenging content in the game, so make sure your abilities are upgraded and that you’ve brought the best mods and the strongest Service Weapon forms with you. Every Expedition tier comes with different random modifiers that can affect both the enemies and Jesse. You might get an Expedition where all weapon damage is increased, or the Service Weapon regenerates ammo faster, or the Hiss are more resistant to Jesse’s supernatural abilities.

Once you’re in, you have 25 minutes to complete four different arenas. If you die, you lose progress in the current arena. If you don’t complete the four arenas before the clock runs out, you lose your Jukebox Token. You won’t be able to start a new Expedition unless you have another Token for the Jukebox.

Successfully completing an Expedition gives you powerful rewards. Mods that you can only get by playing this mode, rare crafting materials, and even a new outfit for Jesse. You will also get a score card at the end, so you can brag about how quickly it took you to beat back the Hiss, and compare with your friends.

Share your best Expedition times with us using the #ControlRemedy hashtag on social media! Take control!