Hi everyone. Welcome back to another community blog! The wait is finally over. Today, we’re able to talk more about AWE, the second expansion coming to Control later this month! To tell you more, I’m handing the keyboard over to Vida, Remedy’s Community Manager, to give you more info on what to expect…

Thanks to our friends at PlayStation, we were happy to debut the AWE expansion trailer at PlayStation’s State of Play stream. AWE will be available on August 27th on PlayStation 4, Xbox One, and the Epic Games Store.

AWE takes us back to the Oldest House, but this time we are going to a sector that hasn’t been opened in years. Jesse will enter the Investigations Sector for the first time, and come head to head with the creature of darkness that stalks its corridors.

AWE stands for Altered World Event, which occurs whenever paranatural forces breach our world. AWEs can be minor and go unnoticed, but sometimes they can be catastrophic. The Investigations Sector used to be where the Federal Bureau of Control coordinated their work on AWEs from, and where evidence was gathered. Until things went horribly, horribly wrong, and the sector was sealed off from the rest of the Bureau, years ago.

Now, Director Jesse Faden has to enter the Investigations Sector to chase down a mysterious being that’s been stalking this long-abandoned area for years. In order to reclaim the Investigations Sector for the Bureau, Jesse will need to explore the numerous Altered World Events investigated here, including one from the town of Bright Falls. Yes, Bright Falls… the same place where we last saw the writer Alan Wake, who has been missing for ten years. You heard his voice in the trailer, and you’ll see him in the expansion. But saying more than that would be spoiling it.

This expansion is going to be moodier and more suspenseful, we think, than the first expansion, so be on your guard. To make sure you aren’t too scared, AWE also comes with a new Service Weapon form called Surge. In essence, this is a sticky grenade launcher, and great for blowing stuff up.

We also introduce a new enemy type in AWE, the Hiss Airborne Rangers. Did you catch the shots of those arcade machines in the AWE trailer? Those are special Altered Items that let you access some new gameplay modes, including a horde mode and a time trial.

The community has been asking for the ability to replay story missions, and while we can’t quite offer that, if you own AWE, you will be able to replay the much-loved Ashtray Maze through the arcade machine. You can also replay certain boss fights from Control’s main campaign, as long as you’ve already beaten the bosses. There’s definitely some excellent rewards up for grabs, including a new outfit for Jesse.

In addition to the paid AWE expansion, all owners of Control will receive a free update in August. In it you’ll get a new upgrade for Launch called Multi-Launch, more checkpoints added to the trickier main story missions, and some more quality of life features that we’ll talk about closer to the update’s launch.

The free August update also contains additional usability options in the form of the Assist Mode. This is a set of game features that can be enabled or disabled separately from each other in Control’s options menu.

Do you want to know more? For the world premiere of the first 15 minutes of AWE, and a more detailed breakdown of what to expect in the expansion, join us on Twitch at twitch.tv/remedygames on Thursday, August 13th, from 9am PDT. 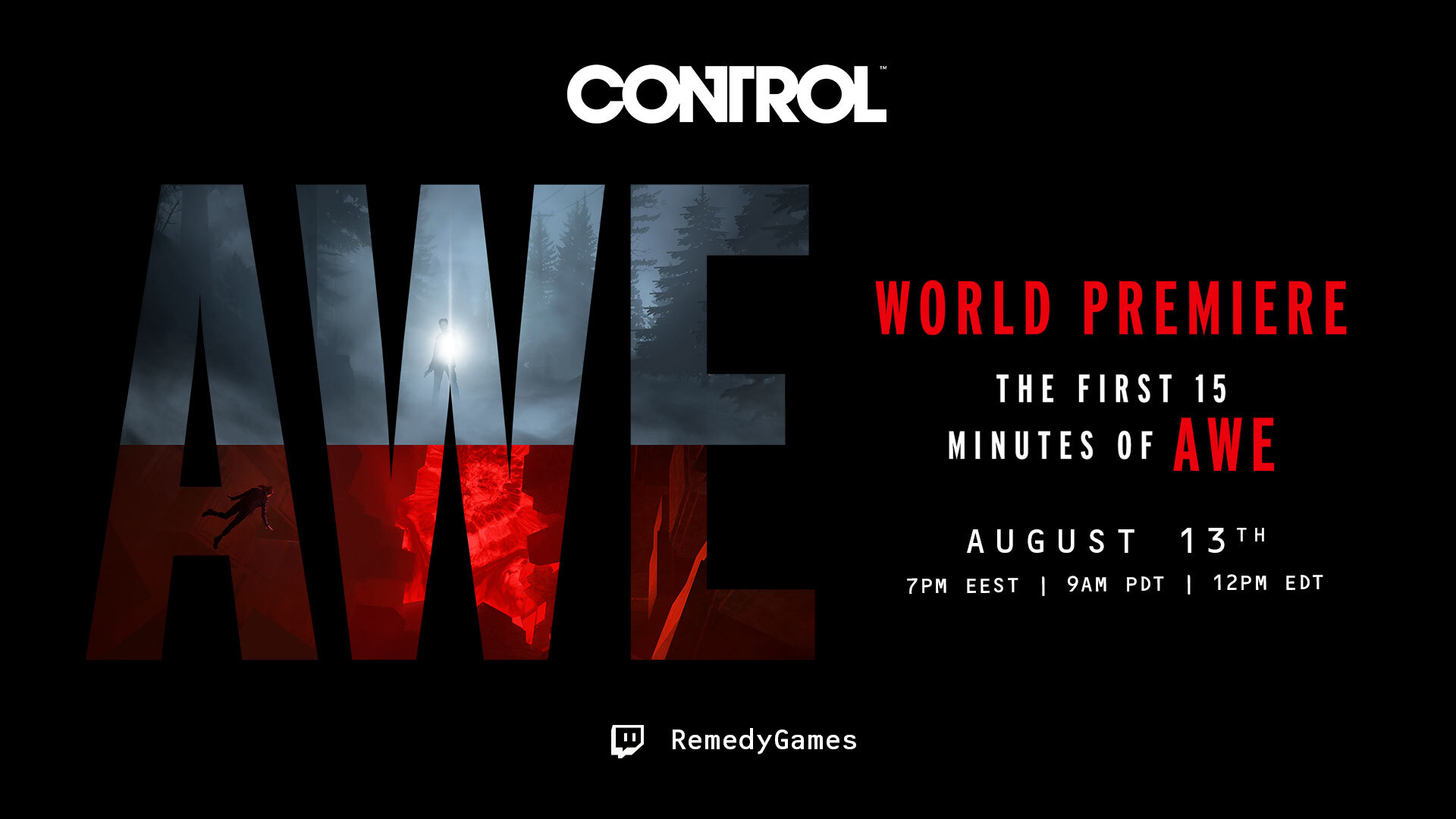